John Varvatos hosted a private party and concert to celebrate New York Fashion Week at the John Varvatos Bowery store. The concert featured the British rock band The Struts in their US debut. "Our Bowery Live shows have always been groundbreaking and tonight continued that legacy,” said John Varvatos. “The Struts from the U.K. played their first ever American gig at our Bowery store, and it was the show everyone will be talking about for a long time. This band is my pick for ‘One to Watch in 2015'. They are one of the most exciting young rock bands on the planet. Remember, you heard about The Struts here first!!!!!” Luke Spiller, lead singer for The Struts comments, “It’s an absolute honor to have played for John at this legendary venue. This was our first gig in America and what better place to have done it first? This was a night to remember and we gave it everything we had.” 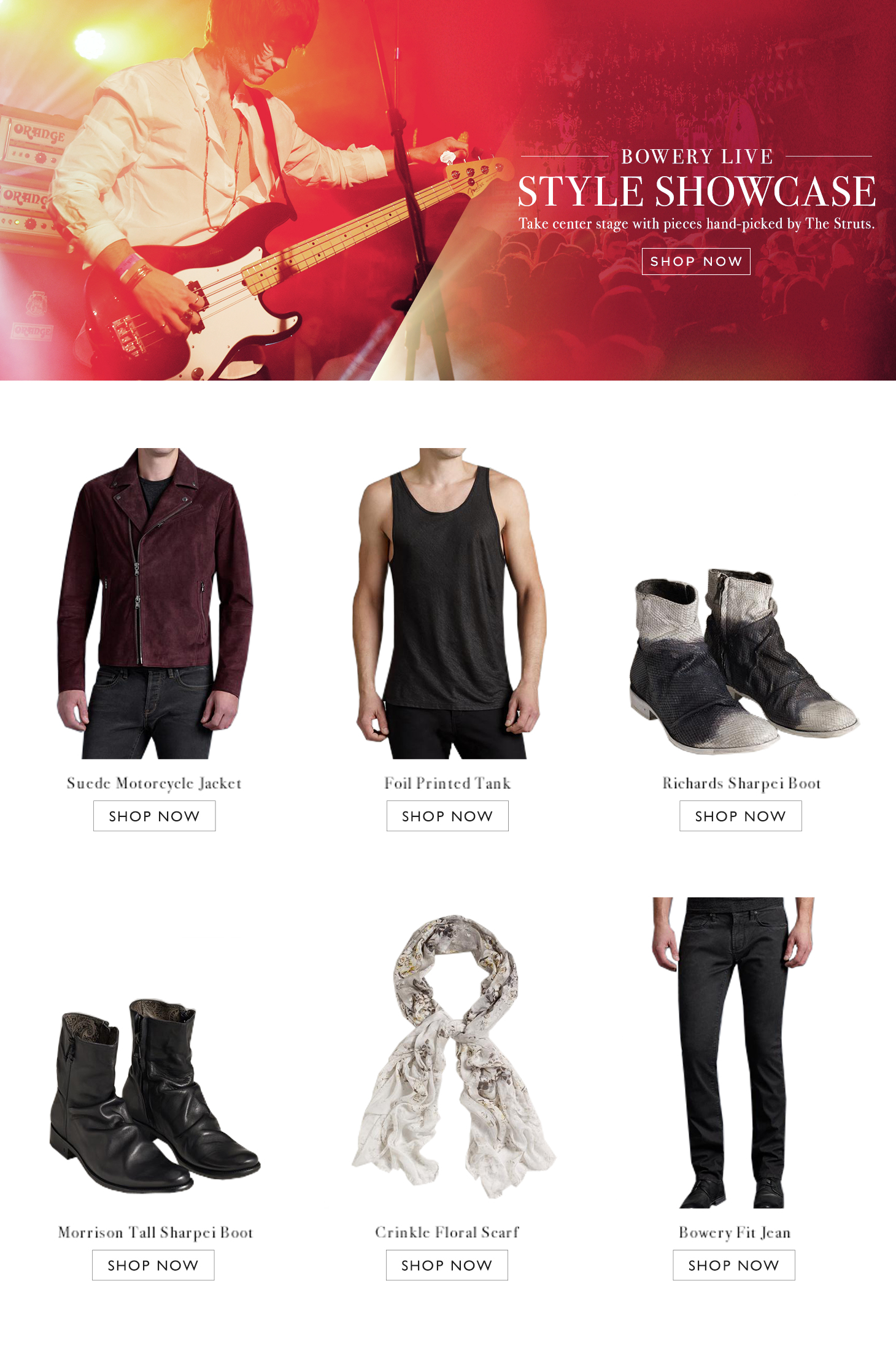